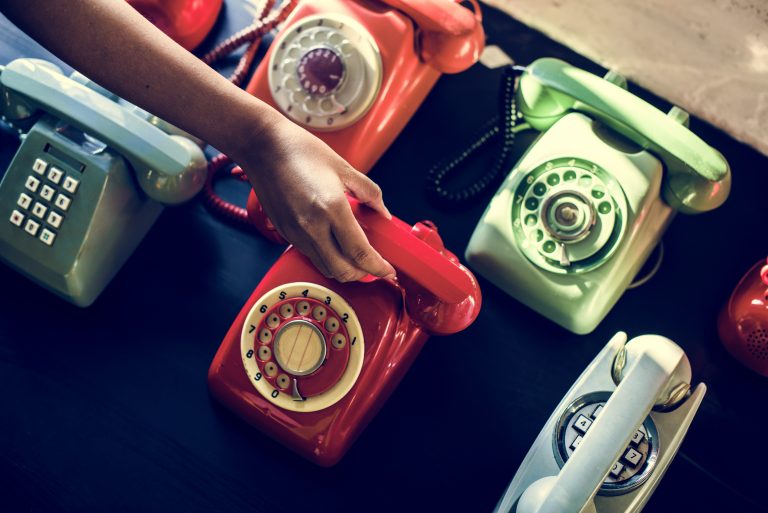 Cybercrime may seem like a relatively new term, but you can’t look at the news these days without hearing about it. However, the history of cybercrime goes back much further than most people realize. Thus, the cyber security industry has a long and interesting history.

Take a peek into where the modern hacking tactics of today got their inspiration and why the cyber security industry is growing at an exponential rate.

Back in 1949, computer scientist John von Neumann wrote, The Theory and Organization of Complicated Automata. In his book, Neumann describes how computer programs were able to reproduce themselves.

A year later, Bell Labs brought Neumann’s theory to life with a game called Core Wars. Computer programmers played the game by trying to introduce “organisms” that would compete for control of the computer.

Furthermore, military history buffs are familiar with the story of the Enigma code. During World War II, the Germans used what they called the Enigma to encipher messages. Once others had cracked the code, the Germans began changing the cipher daily. That is until London-born mathematician Alan Turing developed the Bombe. Turing’s work helped code-breakers intercept and read the German’s messages. Afterward, Turing continued working with allied forces to continue to decrypt German communications throughout the war.

Cybercrime may have gotten an early start, but it’s not slowing down any time soon. Learn how Brooks IT Services can provide you with the solutions and security your business needs to thrive. Contact us today to get started.

Before the term “hacking” was coined, phone phreaking became popular in the late 1950s. The hackers, then called phreaks, would hijack telecom protocols to place free calls and avoid long-distance fees.

This early community of hackers issued newsletters and even included tech trailblazers like Steve Wozniak and Steve Jobs. While the phone companies had no tools to stop the phreaks, phone phreaking eventually came to an end in the 1980s. Luckily not before Apple’s founders gained some inspiration for the technology that was yet to come.

Mad Men fans remember the enormous computer encased in a temperature-controlled room with glass walls meant to catapult Sterling Cooper above the competition. Just like the show portrays, these machines were huge and so expensive that access was extremely limited.

However, some people with access found ways to manipulate the machines. At the time, the motivations were purely curiosity or attempts to improve the existing systems.

In an attempt to learn from the hackers, a phrase finally coined in the 60s, IBM allowed high school students to use their newest computer in 1967. The company was grateful for the students who did their best to “bomb” the system as it led to developments of defensive software technology.

By the 1970s, computers were well known, even if most people only heard of them in the news. Before the dawn of the internet, ARPANET (The Advanced Research Projects Agency Network) allowed programs and processes to increase workflows.

Yet, as technology increases, so do the savvy hackers determined to make a name for themselves. Bob Thomas, a researcher, created the program “Creeper,” which infiltrated ARPANET and left breadcrumbs. Computer users knew when Creeper was in their system because of its cryptic messages that read, “I’m the creeper, catch me if you can.”

The original inventor of email software, Ray Tomlinson, wrote the defensive software “Reaper” to combat Creeper. Reaper was able to chase and delete Creeper from computers.

Both Creeper and Reaper are important in the history of cyber security because they paved the way for the defensive software we know today.

By the mid-80s, the Cold War brought the threat of cyber espionage to the forefront. Additionally, there were several high-profile cyberattacks targeting the National CSS, AT&T, and the Los Alamos National Library. This undoubtedly increased high-level funding into what would become known as cyber security.

In 1985, the Department of Defense responded by publishing the Trusted Computer System Evaluation Criteria, also known as The Orange Book. This book provided guidance on:

Of course, this didn’t slow hackers down from finding other access points. For instance, Marcus Hess, a German hacker, gained access to ARPANET in 1986. With intentions to sell information to the KGB, he hacked over 400 military computers, including Pentagon mainframes.

1987 was a big year for cyber security. In fact, there were several developments of both new viruses and defensive software, including:

Earlier antivirus software consisted of mostly simple scanners that searched for virus code sequences. Several scanners had immunizers to trick the viruses into thinking a computer was already infected so they would move along to their next target. While researchers and programmers did make major cyber security strides in the 80s, the defenses soon became ineffective.

The 90s started out with a bang in the world of cyber security. Some notable things that happened in 1990 include:

Of course, the hacker sphere was already in full force, and cybercriminals were responding to each antivirus to hit the market. Then the first antivirus program appeared in 1992.

However, with innovation comes risk. Thus, the cyber security industry was booming to combat the many new viruses that included stealth capability, polymorphism, and macro viruses. This new set of challenges meant that antivirus programmers had to quickly develop new detection and removal capabilities to keep up.

A NASA researcher saw the need for a cyber firewall to virtually prevent fires from spreading, much like physical firewalls in multi-home buildings.

Another notable cyber security development included the Secure Socket Layer (SSL) introduction in 1995. The SSL provided an extra layer of security for several online activities such as online shopping.

Brooks IT Services will develop the protocols your business needs to stay secure, along with IT solutions to keep your business running smoothly. Contact us today to learn more.

Millennials remember the early 2000s as when home computers became the norm. And as history repeats itself, with innovation and widespread computer accessibility, the hackers stepped up their game. It didn’t take long for malware to infiltrate messaging services (Hello former AIM users!) by a user simply visiting a website.

As online shopping grew in popularity, credit card theft became a huge cause for concern. The Albert Gonzales group was involved in data breaches that stole over 45 million credit cards. This led to a security crackdown across various sectors and online retailers.

While hackers had long been in existence, the phishing schemes took on a new life during this decade. For instance, throughout 2013 and 2014, 3 billion Yahoo accounts were hacked through phishing attacks. The victims were mostly unknowingly left with unlimited backdoor access for hackers to come and go as they pleased.

Moreover, the CIA began monitoring for state-sponsored attacks to protect U.S. constituents. Some of the most notable attacks include the North Korean-sponsored Lazarus Group, which targeted consumers and Sony. The tabloids went crazy as high-level Sony executives and actors had their private messages, photos, and more released to the public.

Cybercrime has come a long way since its unofficial start in the 1940s. With cryptocurrency’s ability to stay untraced, hackers are coming up with new inventive ways to cash in every day. For instance, the Colonial Pipeline ransomware attack of 2021 severely disrupted operations along the East Coast. The hack was traced back to one single stolen password.

In 2016, a massive hack resulted in $3.6 billion worth of stolen bitcoin. It was disastrous to so many early investors. In February of 2022, the digital coins started slowly moving. This allowed investors to trace the transactions. Eventually, the heist was traced back to a married couple living in New York. Ilya Lichtenstein and Heather Morgan were arrested and charged with the stolen funds still in their digital wallets.

Additionally, another major heist wiped out over $320 million worth of Ethereum coins in a 2022 attack. A savvy cryptocurrency user tricked the system into thinking his small investment was much larger. Then he managed to remove the stolen funds before authorities even realized he had created a glitch.

As outlined, the history of cybercrime and cyber security go hand in hand. As crime increases, the need for strong cyber security measures does so as well.

Major corporations, government entities, and single users have all fallen victim to the various methods of cyberattacks. What this has taught us is to never let your cyber guard down. Backing up data, using and updating defensive software, utilizing password protocols, and much more can help protect you, your business, and your finances.

Find out how Brooks IT Services can keep your business safe from members of the hacker sphere looking for insidious ways to steal your hard-earned money. Contact us today to boost your security so you can run your business in confidence.

Recent Posts
Helpful Categories
Login to Brooks IT Services
Reset Password
Enter the username or e-mail you used in your profile. A password reset link will be sent to you by email.